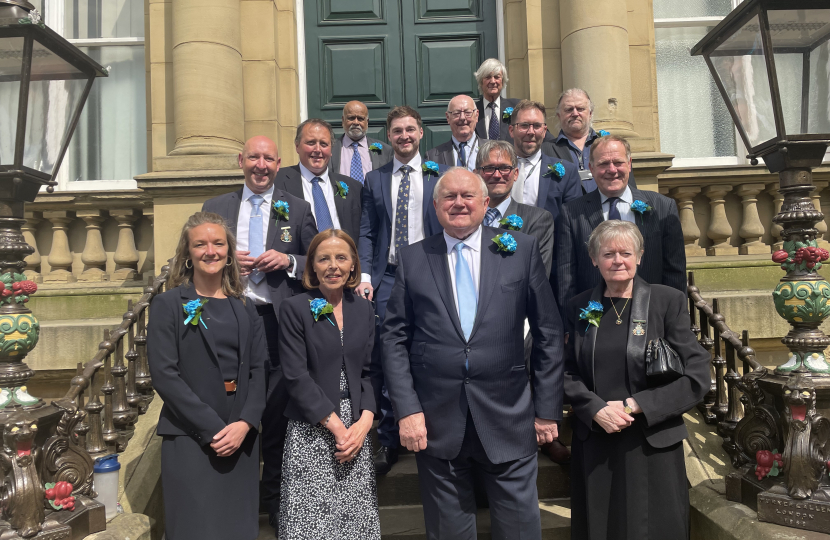 The Conservative Group attended Annual Council, ushering in the beginning of the new municipal year. We're looking forward to standing up for our residents, and fighting for better services.

This was the first Council meeting for our newly elected councillor for Hipperholme and Lightcliffe, Cllr Joe Atkinson, who said, "It was a great honour to have been recently elected to represent Hipperholme and Lightcliffe. Thank you to everyone who voted for me, and made this possible. Regardless of whether you voted for me or not, I will work hard to represent everyone in our area. This was a very special day, and it was fantastic to see our local democracy in action. Now the hard work begins, I look forward to reporting back to residents soon".

We also saw the election of the new Mayor of Calderdale, Cllr Angie Gallagher. We would like to pass on our congratulations and best wishes for the upcoming year.

Furthermore, Cllr Leigh and Cllr Monteith gave a vote of thanks to the outgoing Conservative Mayor, Cllr Pillai, who carried out his duties in an admirable manner, during a turbulent period in our borough's history, due to the Covid pandemic and ensuing lockdowns. Additional thanks were also provided to Cllr Blagbrough, from Cllr Robinson and Cllr Whittaker. A former Mayor himself, Cllr Blagbrough provided excellent advice and support to the Mayor, and is a great advocate for our civic life.

An announcement was made regarding outgoing councillors. Of note, is a Calderdale stalwart, Cllr Stephen Baines MBE, who had diligently represented Northowram and Shelf ward since 2004, and served as Leader and Deputy of the Conservative Group for over a decade. Cllr Jacob Cook, representing Greetland and Stainland ward since last May, sadly lost his seat. Jacob had fought a campaign to be proud of, standing up for his beloved community - fighting against developments on Green Belt and for better air quality, and organising new community events. In just 12 months, Jacob played a large role in the Conservative Group, and as our lead for Regeneration and Strategy, and provided excellent opposition to the Executive in the Council Chamber. 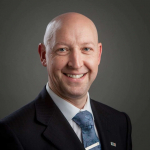 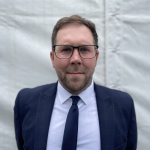 Previously, Joe spent 10 years working within both Primary and Secondary schools, before returning to full time education himself in order to obtain an undergraduate and postgraduate degree. 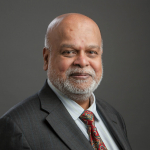